Turkey isn’t the only regional power spending big on upgrading its railways. Throughout the Middle East and Central Asia, activity is heating up, with the investment thermometer reading as high as $500bn region-wide.

From Turkey’s Eastern Borders to the Persian Gulf, one thing linking the Middle East and Central Asian nations is railways. Quite literally in some cases.

Fresh new lines are being built, including new trans-national routes, as well as improved urban rail links in major metropoles. So, while Turkey alone is the hottest of investment hotbeds, with $46bn being pumped into a country-wide rail overhaul, it doesn’t tell the entire Eurasian story.

Opportunities are emerging region-wide for suppliers of railway equipment, including signalling systems, rolling stock, and essentially all major categories of rail technology. When we say region-wide, we really mean it. Projects are underway in Kazakhstan, Azerbaijan, Iran and the UAE and Gulf States. 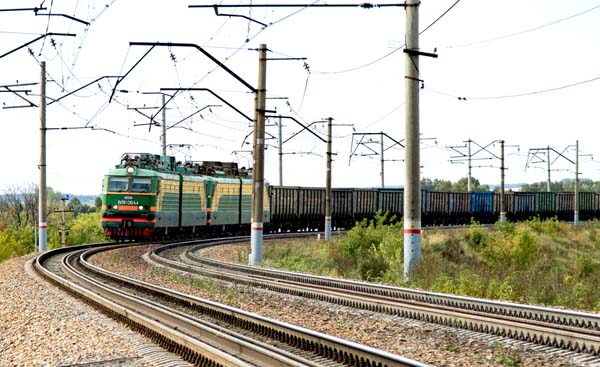 Central Asia’s geographic position, acting as a massive land bridge between the Europe, the Middle East, and Asia proper, makes it ideal for rail transport. Geographically, many of these countries feature sweeping sparsely-populated plains. Indeed, rail is often the best way to move people and goods through each state.

As such, a Central Asian programme of railway construction and upgrades is underway.

Azerbaijan has been in particular focus in recent years. It is one of the key players in the Baku-Tbilisi-Kars line, connecting seaport and Azeri capital Baku with Georgia’s Tblisi and Kars in Northern Turkey. This route, costing a projected $1bn, has had a long gestation, but was finally inaugurated in 2018. It’s estimated over 6.5m tons of cargo will now pass along the line annually at full capacity.

Construction on a further section of track, connecting Kars with Azerbaijan’s Nakhchivan Autonomous Republic, has begun. This route, despite finally opening earlier in 2018, is still not completed, and looks set for extended future development.

As of October 2018, Azerbaijan is preparing to build a 20km section of the Baku-Gabala railway.

“The work is underway,” Javid Gurbanov, Chairman of Azerbaijan Railways, told reporters in Baku in October. “Funds have already been already allocated for this project. The distance from Baku city to Gabala is approximately 210km. Eleven more electric trains and 3 more diesel units are required for this project.”

Elsewhere, Kazakhstan has proposed a new cross-continental line to snare more cargo traffic from China. China’s One Belt One Road initiative, a kind of modern Silk Road, has been a key influencer of rail policy throughout Central Asia, and many nations are waking up to the revenue possibilities it can generate.

In this instance, Kazakhstan has suggested constructing a high-speed corridor between Beijing, Kazakh capital Astana, Moscow and finally Berlin in Germany. It’s hoped Kazakhstan can tap into China’s predicted $1 trillion infrastructure investment plan for countries along the One Belt One Route.

Elsewhere, Georgia is planning to entirely replace its current rolling stock fleet with electric units over the next 10 years. A general measure covering all transport modes, Georgia’s would be the first country in the world to replace all its public transport pools with electric vehicles if the endeavour is a success.

The Tbilisi Bypass Rail is back on the political slate too, with the incumbent Georgia Dream party resurrecting an old campaign promise. Now, the nation will forge ahead with a 10km route skirting the Georgian capital, including a 1.5km tunnel, at projected cost of $250m.

Locomotives running on future Georgian railroads will be electric.

Building work on the first stage the extension of Tbilisi’s urban rail line will begin in 2019, connecting Georgia’s first city with Tbilisi Airport and nearby city Rustavi will begin in 2019. $30m has been allocated for new subway units for this project.

$230bn is being spent on projects around the Gulf States right now. With oil prices reaching a 3 year, the GCC’s coffers are fit to burst. Energy revenues are being turned towards bumping up transportation links throughout the Arabian Peninsula and UAE.

The GCC Railway is a 2,177km route aiming at connecting all 6 Gulf Cooperation Council-member states throughout the Persian Gulf. Project owners include the Government of Bahrain and Kuwait, Etihad Rail, Oman Rail, Qatar Rail and the Saudi Railway Company. Saudi Arabia will be fronting most of the investment, over half in fact, with the UAE providing the next largest funding chunk at 18% of total costs.

What was due to be completed in 2018 will now be finished in 2021, due to the recent worldwide oil price, which wiped $350bn off of Gulf State’s revenues.

“It is important to remember than rail connectivity between the GCC member states is not a new proposition,” said Director General of the UAE’s Federal Authority for Transport, Land and Marine, Dr Abdullah Salem al-Kathiri. “It is going ahead according to the timeline for the project recommended by GCC transport ministers in 2016.”

So what does progress look like throughout the Middle East’s hottest rail market? Work is coming along nicely. In the UAE, 256km of its total 1,200km commitment to the greater GCC project. Saudi Arabia recently opened a 450km high-speed connection between Mecca and Medina too.

Kirill Dmitriev, head of the Russian Direct Investment Fund and RZD Russian Railways board member said: “Russian Railways will apply for the construction of a railway in Saudi Arabia. We believe that we have one of the best competencies in the world for railway construction.” RZD is drawing on its experience aboard, particularly in India, to net it some big contracts from Saudi rail operators.

Five Saudi Contracts are up for grabs, including:

Away from the large scale, peninsular-crossing railways, urban rail is a key part of Gulf State development. Dubai, for example, is looking at expanding its current metro system, with a 3.2km expansion underway. 2020 is the completion date, when Dubai will be hosting the Al Wugish Expo, with drilling works progressing nicely. 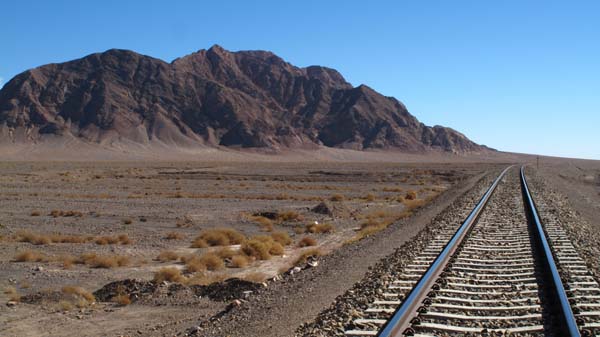 Mountainous, rugged and vast, Iran isn’t the easiest of countries to navigate. But with huge loans and credit lines from overseas, plus heavy internal spending, Iran’s railways are on the cusp of turning the nation into one of the world’s foremost rail markets.

The Exim Bank of China, for instance, has opened a $1.7bn credit line for full electrification of the 026km railroad from Tehran to Mashhad in Eastern Iran. Work will be carried out by China National Machinery Import and Export corporation.

The electrification of Tehran-Mashhad line is part of Iran’s wider rail development plan to electrify all railroads by 2025.
The railroad is a strand of the so-called New Silk Road–a 2,300-kilometer Chinese rail project linking Urumqi, the capital of China’s western Xinjiang Province, to the Iranian capital Tehran, connecting Kazakhstan, Kyrgyzstan, Uzbekistan and Turkmenistan along the way.

Six further Iranian projects have been prioritised with collective costs of $895.3m. Together, they will add an additional 3,410km to Iran’s existing 13,350km network. A further 4,930km are currently under viability studies.

Eurasia is an opportunity-rich rail market

Iranian activity folds into a wider investment programme that is generating significant business opportunities for foreign investors. The staggering cash volumes being tossed around by governments and rail operators should be cause enough for international businesses to start seeking construction, procurement and equipment supply contracts throughout Central Asia and the Middle East.

You can find those at Eurasia Rail.

Eurasia Rail 2019 is the region’s unique exhibition dedicated to rolling stock, railway infrastructure and logistics
It’s the one and only event of its kind in Turkey and Eurasia, and third largest worldwide.