One of the major international companies at Eurasia Rail this year is Spain’s CAF, representing cutting-edge rail tech.


CAF has a long history of cooperation with Turkish stakeholders, incorporating over a decade’s worth of experience. It’s little wonder, then, that CAF has chosen to exhibit at Eurasia Rail 2019. Here’s a taste of the Spanish experts’ previous Turkish activity, and what visitors to their stand can expect from CAF. 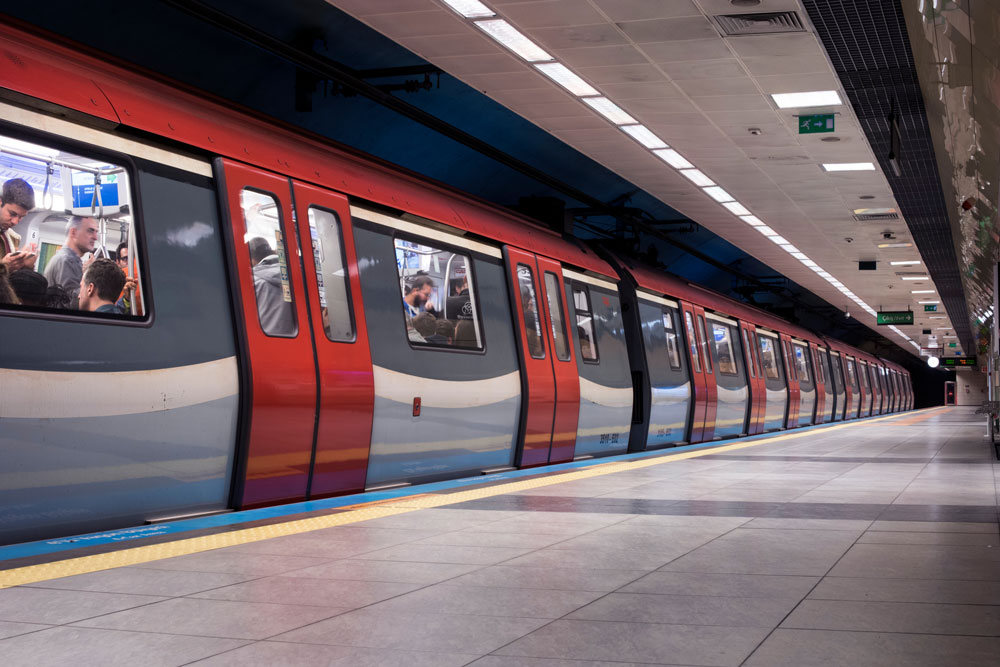 CAF rolling stock is in use on some of Turkey’s busiest rail networks. The Istanbul Metro is one of these.

Alongside partners Mitsubishi, CAF was awarded a car supplier contract at a cost of just shy of $134m in 2014. Under the terms of the deal, CAF delivered 21 trains made up of 6 cars each, for a total of 126 cars. All of them run in driverless mode along the UU line of Turkey’s largest underground rail network.

Trams are another arena into which CAF has made headway in Turkey. The authorities of coastal town Antalya purchased 14 trams in 2009, whereas a further 33 units were supplied to the city of Izmir in 2010.

Localisation of components and materials is specified in Turkish rolling stock tenders, often involving up to 50% local content. In order to meet these goals, CAF has founded a strategic partnership with domestic fabricators Medel Elektronik.

Medel Elektronik specialises in on-board electrical equipment. Its partnership with CAF has already borne fruit, as the pair showcased a new tram traction converted made in Turkey at 2017’s edition of Eurasia Rail.

Let’s turn our attention away from light and urban rail to something a bit meatier: high-speed. Now, Turkey is quickly emerging as one of the high-speed markets to watch, but, showing a knack for foresight, CAF was there before demand really took off.

Back in 2006, CAF was hired to supply train sets for the historic Ankara-Istanbul high-speed route – the first of its kind in Turkey. For a cost of over $85m, CAF built and supplied 10 HSTs, which remain in use, helping connect Turkey’s two most important cities.


A complete suite of CAF technology can be found throughout Turkey. The manufacturer’s signalling and communications systems are in particular favour with Turkish national rail operator TCDD.

For instance, along the Pamukova-Kosekoy route, several CAF products are in use. These include Quasar S4e electronic interlocking, AURIGA L1 ERTMS Level 1 systems, and NAOS traffic control software. With these, the route is carefully monitored and analysed for smooth continual operation.

In total, incorporating rolling stock and rail infrastructure tech, CAF has been awarded contracts worth close to $675m.


CAF joins a line up bursting with international talents showcasing their unique rail and rolling stock solutions at Eurasia Rail this year.

With more than 200 exhibitors, it’s the region’s B2B meeting hub for the railway industry.

We’re expecting some big things from CAF at their stand this year, so make sure you have registered as a visitor and join us in Izmir for the 2019 edition of Eurasia Rail.