“In the next five years, Turkey will allocate over $46 billion to rail transport, either conventional or high speed,” Minister of Transport Ahmet Arslan announced in May 2018 at the International Union of Railways UIC Highspeed 2018 conference.

The Turkish Transport Ministry is nothing short of ambitious. 2023 is the Republic of Turkey’s founding date – and cash is being hurled into the sector to create a network that’s fit for the nation’s 100th anniversary.

“In the past 15 years, Turkey gas invested $25 billion in the high-speed transport network,” Mr Arslan told event attendees. “We are in the full process of building another 3,798km of high-speed track, while a total of 11,582km of conventional railways is in the design or planning phase.”

Currently, Turkey’s total rail coverage stands at 12,000km, including both HSR and conventional track. By the 2023 end-date, Turkey will have more than doubled this to an impressive 26,000km.

A full electrification of the national network is also underway too. 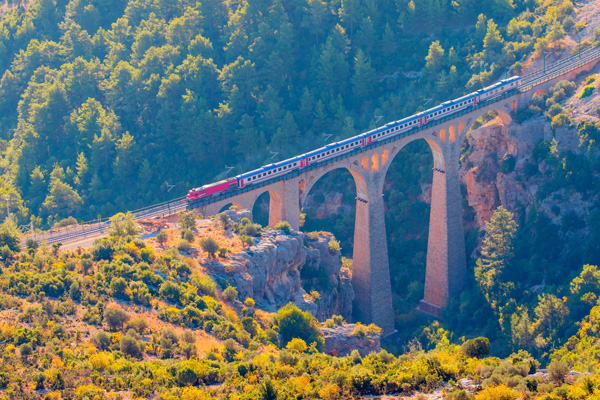 The spending is not without rhyme or reason. Turkish rail links have lagged behind both Western and Eastern counterparts. Full signalling was not even introduced nationwide until 1950 for instance.

Now, though, many regions untouched by the rush of steam and steel in the past, are now being connected by modern track, run with sleek, superfast trains. It’s all thanks to that colossal investment.

Measuring the success of Turkey’s enormous railway overhaul will fall to rises in traffic and freight activity across its expanded network.

By 2023, freight’s share of the Turkish transport and logistics sector will be 15%. 10% of all passenger traffic in Turkey will also be transported by high-speed and conventional railway by then too.

As it stands 6% of all Turkish freight loads are moved by cargo train. That equates to roughly 26 million tons a year. All told, that’s a 60% increase in volume compared with 2003’s levels. Turkish rail carriers will need to be moving 94 million tons a year by 2023 to meet the government’s market share goals.

On the passenger side, things have already started to pick up. Thanks to the frenzy of construction activity, over 73 million passengers a year – almost the entire population of Turkey – travels by high-speed, conventional, or urban rail. That is based off of figures from Turkish Railways (TCDD)’s Chairman Veysi Kurt, who told Global Railway Review TCDD was currently serving:

Connecting Turkey’s largest cities together with electrified or high-speed routes has proved decisive.

Just take high-speed connections. As of May 2018, over 40 million passengers had taken a high-speed train. According to TCDD data, Rail’s transport market share has grown considerably on some key routes. For instance, rail now accounts for 72% of passengers traveling between Ankara and Eskisehir, while the Ankara-Konya connection accounts for 66% of passenger traffic.

It is hoped liberalisation in the rail sector will give rail more market share – at least in cargo transportation. As it stands, two private operators, one carrying petroleum products and the other iron ores, operate in Turkey after TCDD’s monopoly was broken up in 2017.

No private passenger services are in operation as of August 2018. 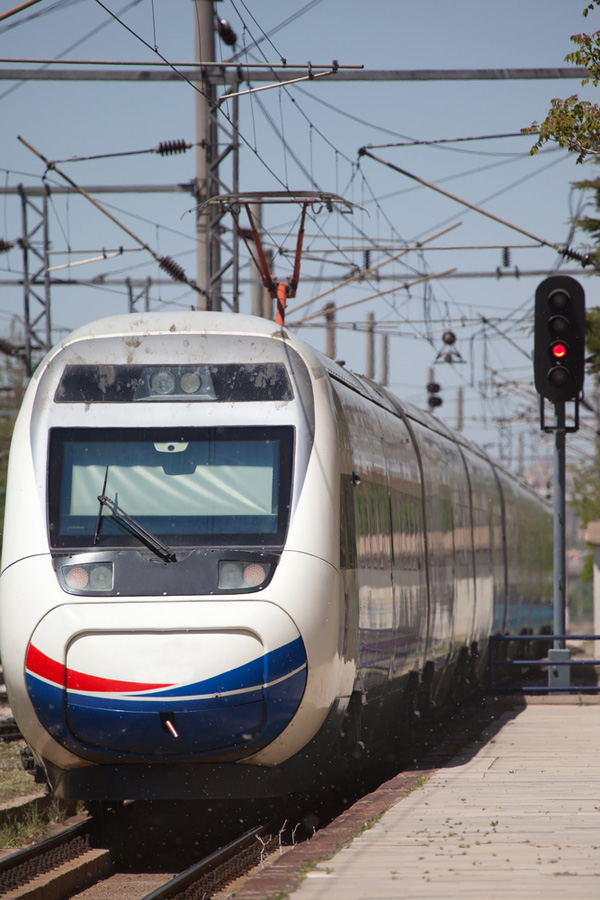 With new lines is also rising a new demand for rolling stock in Turkey. Part of this will be manufactured locally, depending on the intended use, but it does point towards growing demand for modern train and wagon sets.

High-speed is generating the highest investment volumes. In January 2018, for example, Siemens beat out CAF and Alstom to secure a 10-unit tender for high-speed trains. Surprisingly, the German manufacturer’s bid was over $70m higher than rivals CAF at just under $410m.

Siemens will be delivering its train sets in 2021. Until then, things could be difficult for TCDD. The operator has said, with plans afoot for full high-speed rail connectivity across Turkey, demand is sharply increasing. TCDD’s limited fleet of high-speed trains could cause serious traffic flow problems.

As it stands, Turkey delayed its full 96-unit tender in April 2018, due to requests from participants – possibly due to an unwillingness by some manufacturers to transfer technology to local rolling stock partners.

In some sectors, foreign firms will have no choice but to partner up with Turkish fabricators.

Currently, there are four local rolling stock manufacturers: Duramazlar, Bozankaya, Tüvasaş and CRRC MNG. Half are joint-ventures with foreign firms.

Hyundai Rotem, for instance, runs a plant in Adapazarı with Tüvasaş, where it built 38 trams for the city of Izmir with 85% Turkish components. CRRC MNG is a subsidiary of China’s CRRC and is building metro cars for Ankara with up to 51% localisation.

From tie-ins with domestic manufacturers to straight build-and-delivery tenders, the opportunities are abundant in Turkey right now. 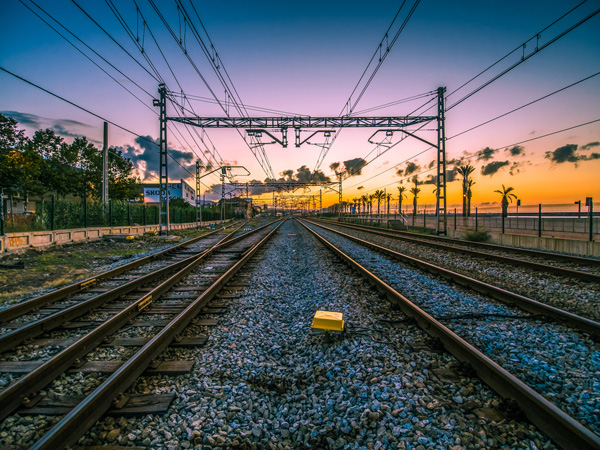 While high-speed is the big focus, conventional rail is getting its own boost. As well as covering the lion’s share of new track construction, regular rail routes throughout Turkey are slowly being electrified.

“We are electrifying and signalling the conventional network. We have increased the proportion of electrified lines from 2,028km to 4,723km. Additional signalling and electrification works are underway on 3,960km of lines, and we aim to complete electrification of existing lines by 2023,” Transport Minister Arslan said at UIC Highspeed 2018.

Full electrification of lines would give Turkey a truly world-class railway network. Roll on 2023.

Major rail companies producers like Siemens, Alstom, Bombardier and Hyundai Rostrom have used the show to meet clients and grow their sales across Eurasia. Now you can do the same.