When it comes to rail investment, Turkey isn’t messing around. With $46bn in spending planned from now until 2023, there’s an almost heroic commitment to upgrading its rail infrastructure. That means track construction and lots of it.

2023 is a prophetic date in the Turkish national psyche. By the time that year comes around, the Turkish Republic will be celebrating its 100th anniversary as a fully independent nation state.

Such is the significance for Turks, that a nationwide infrastructure upgrade and construction programme is underway. This will deliver a truly modern Turkey that founding father Ataturk dreamt of all those years ago.
Railways are playing a key role in this transformation.

By that date, Turkey will have considerably expanded its national network. Plans are underway to add in excess 12,000km of new track, including 10,000km of high-speed lines. Once complete, the new additions will have doubled the Turkish network’s overall length to an impressive 26,000km.
Electrification of conventional track is also a key priority for Turkey’s rail authority TCDD. It’s aiming at 100% electrification by 2023. More on that later.

The important takeaway here is that Turkey isn’t afraid to spend huge sums on bolstering and its rail network. Track construction continues unabated, particularly in the high-speed sector.

High-speed forms the crux of Turkey’s major rail investment programme. As mentioned above, as much as 10,000km of new high-speed line will be integrated into national networks into the next decade. The below projects represent Turkey’s huge ambition when it comes to establishing a world-class high-speed network. Check them out:

Cost: TL4.9bn ($798.9m)
Length: 152km
Commission date: N/A (Tender 2018)
Details: This route, currently the most expensive and possibly most significant work-in-progress line in Turkey, connects its Eastern and Asian halves. It also acts as a much needed connection between Istanbul’s two international airports, while propelling passengers further into the enormous country. No word yet as to whether this line will handle freight traffic too.

Cost: TL4.5bn ($743.4m)
Length: 508km
Commission date: 2019
Details: Connecting capital city Ankara with Izmir on the Aegean coast, this ultra-high-speed line is amongst the longest routes currently under construction. As well as Izmir, trains can connect to Istanbul and Konya, other significant cities too across the line, adding further importance to this project’s completion.

Cost: TL2.8bn ($456.9m)
Length: 406km
Commission date: 2019
Details: Ankara is set to become a high-speed hub, and routes like this one will only confirm that status when fully finished in 2018. Sivas is located over 400km away from the Turkish capital in deeper Anatolia, and it will be connected to Ankara via a double-lane passenger-traffic-only-track.

Cost: TL1.3bn ($212.6m)
Length: 406km
Commission date: 2019
Details: A comparatively smaller railway line, but nonetheless an important one, the Bursa-Osmaneli connection will help improve passenger travel in Northwest Turkey. This is one of the few high-speed routes confirmed for freight services amongst Turkey’s newest projects.

In addition to the above projects, as many as 11 high-speed routes are in development. Turkey currently ranks 6th globally in terms of total high-speed track, although these additions will make a significant fast rail player into the next decade and beyond.

21 new stations are either being built or planned for completion by 2023 too, under the high-speed construction regime. Ankara has already had its station completed, with a capacity of 50,000 passengers. In Istanbul, Turkey’s largest city, trains depart from the Pendik station on the Asian side of the Bosphorus.

In terms of conventional track, however, electrification is key.


Rail electrification in Turkey surges ahead 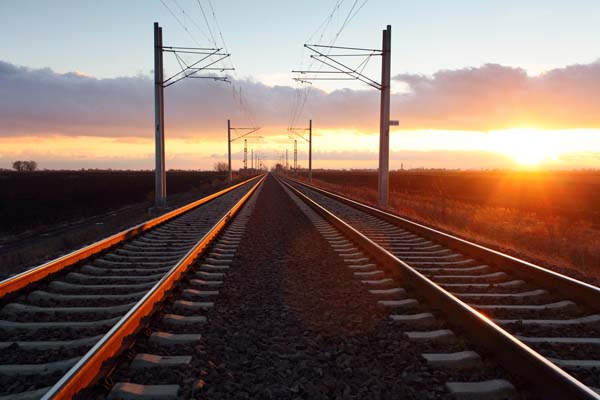 As of 2017, 40% of Turkey’s conventional rail lines have reached full electrification, so there is still 60% to cover before 2023’s end goal is reached. However, TCDD and transport authorities are tireless in their efforts.

In 2017, 2,317km of line was fully electrified with a further 1,352km still underway. 5 further stretches are in preliminary project analysis, incorporating cost scoping and project timetabling, which covers an additional 1,250km by year’s end, according to TCDD.

As of 2018’s network statement issued by the Ministry of Transport, another 1,234km of conventional rail will have electrification works begin that year. That will mean 75% of the entire conventional network will have received upgrades. 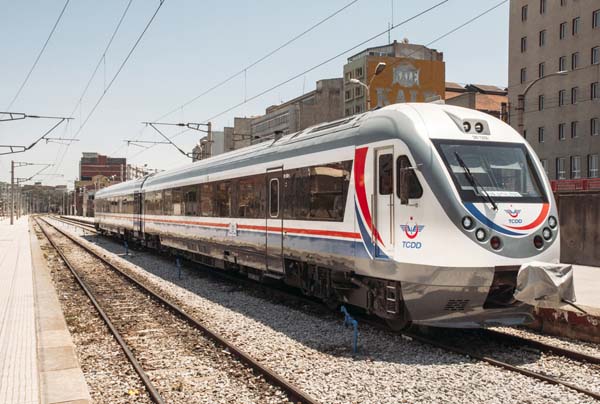 The network expansion is an enormous project, so how will the expense and energy put in be measured? How will Turkey know it’s investment programme has been a success. The answer lies in improved passenger numbers.

10% of passenger traffic is what TCDD is aiming for. Ground is already being made in this area. TCDD figures from 2018 show that more than 73 million passengers, close to Turkey’s total population, travels by conventional, urban or high-speed rail.

In May 2018, project leaders saw further encouraging figures. At that time over 400 million passengers had taken a high-speed train. In fact, on some routes, rail is dominating other passenger transport modes. Between Ankara and Ekisehir, rail covers 72% of passenger traffic. Elsewhere, on the Ankara-Konya stretch, the figure stands at 66%.

All in all, it appears Turkey’s commitment to rail construction is already paying off, at least in passenger transport. Freight market share increases remain to be seen, although Turkey is aiming at to carry 15% of freight volumes by that important 2023. Wait for an update.

Want to get your share of Turkey’s spectacular rail spending spree?

Eurasia Rail 2019, the region’s unique exhibition dedicated to rolling stock, railway infrastructure and logistics, is the place to find it.

Major rail producers like Siemens, Alstom, Bombardier and Hyundai Rostrom have used the show to meet clients and grow their sales across Eurasia. Now you can do the same.

For more information on how Eurasia Rail can help your business get a slice of Turkey’s $46bn railway spending regime, contact our team today.
Back