Recognized as the only exhibition in Eurasia and one of the biggest railway industry exhibitions in the world, Eurasia Rail will be held for the 10th time from March 8th to March 10th, 2023 in Istanbul Expo Center.

International Rolling Stock, Infrastructure and Logistics Exhibition – Eurasia Rail gets ready to host the world’s leading railway authorities. In its 10th anniversary, the exhibition will bring together industry leaders and professional visitors from all around the world under the same roof.

Having hosted 156 exhibitors from 16 countries and around 8,000 visitors from 54 countries, the 9th Eurasia Rail organized in 2021 achieved a huge success despite the pandemic. 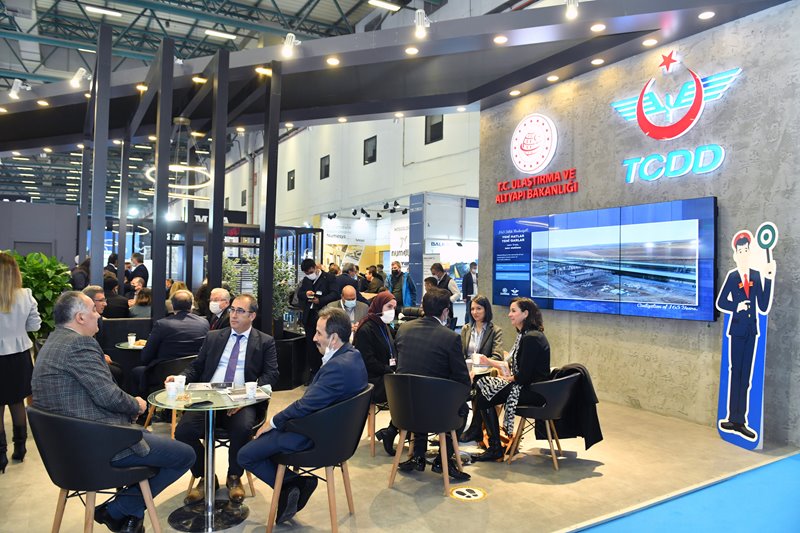 "Türkiye’s progress in transportation and infrastructure, especially during the last 20 years, in addition to recent efforts in railway sector during the last year strongly support the current position of Eurasia Rail. Even though we still have more than 4 months until the exhibition takes place, the recent applications to our Sales Department indicate that we are getting ready for a Eurasia Rail event with the highest number of exhibitors and visitors of all time.”

Even More Developments in Railway Sector Under Way

Having stated that a century’s worth of infrastructure need for transportation and logistics in Türkiye had been fulfilled with investments of $183 billion during the last 20 years, Benbanaste emphasized that developments in railway sector will be further improved by new targets. Benbanaste continued:

“The Marmaray connected the Asian side and the European side under the Bosphorus strait by a commuter rail line. China Railway Express, the first freight train departing from China to arrive Europe via the Marmaray, has reached at the Czech Republic after passing through our country in November 2019. Another major investment in railway freight shipment was Baku-Tbilisi-Kars Railway, which strengthened Türkiye’s position in railway freight shipment. 2053

Transportation and Logistics Master Plan, which was publicly announced in April 2022, provides a clear picture of Türkiye’s railway vision.”

Railway passenger transportation share, which is currently 1%, is planned to reach 6.20% and yearly railway passenger traffic, which is currently around 19.5 million, is planned to reach 270 million passengers by 2053.
The Ministry plans to increase its 55 million tons of freight target for 2023 by around 7 times by 2053, thus 448 million tons of freight will be subject to shipment by railways by 2053 and the logistics share of railways will become higher than average share in Europe by 21.93%.

To this end, a total of $197.9 billion worth of investments, including railway investments, are planned to be made in transportation and logistics.

Introduction of Next Generation Designs and Technologies in Eurasia Rail!

“As the only railway exhibition in Eurasia and one of the top 3 railway exhibitions in the world”, Eurasia Rail will provide a platform to introduce and discuss the latest innovations, developments and technologies as well as new investments in the railway industry during various conferences to take place simultaneously throughout the exhibition. 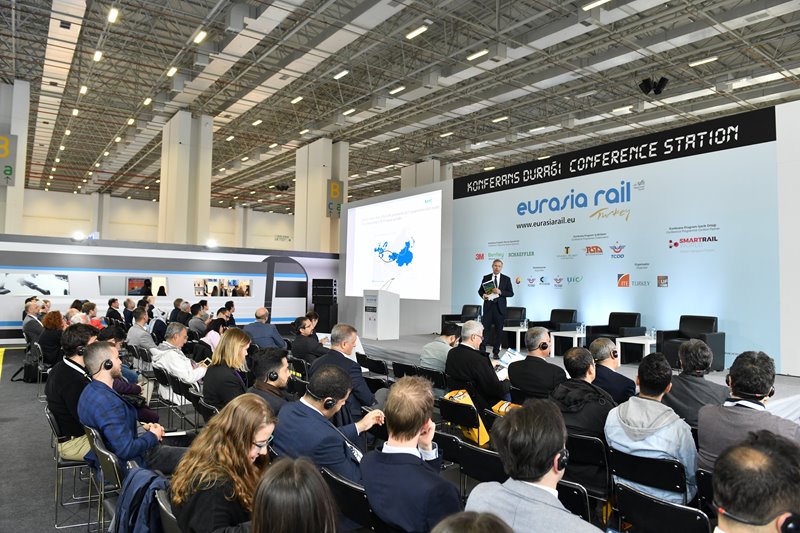 Within the scope of this year’s event schedule to take place simultaneously with the exhibition for 3 days, Eurasia Rail provide opportunities for industrial cooperations, business partnerships, international treaties, next generation systems and technologies in transportation vehicles, and introduce success stories, and marketing strategies.

Eurasia Rail provides a great platform to effectively demonstrate revolutionary investments and efforts made by our country in the railway industry and rail systems during the recent years to the entire world as well as providing opportunities for the leading actors of the industry to introduce their innovative products developed by technology-oriented R&D investments and sharing their sectoral knowledge and professional experience.
Back