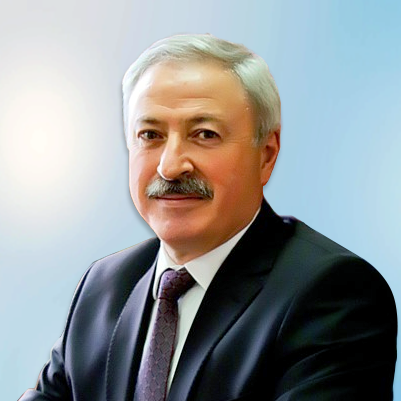 General Manager and Chairman of the Board Türkiye Vagon Sanayi A.Ş.

Prof. Dr. İlhan KOCAARSLAN was born in 1964 in Sulakyurt. After attending the Kırıkkale Industrial High School Department of Electrics, he continued his education at Ankara Yenimahalle Technical High School as the top student in the department. He graduated from Istanbul Yıldız Technical University Faculty of Electrical and Electronic Engineering. After graduating from the university in 1983, he completed his post-graduate education at the Institute of Science of the same university and received his degree as an Engineer M.Sc. with his thesis on “Supply and Drive Assemblies in Electrical Transport Systems.”
After going to Germany to conduct interdisciplinary research and carry out his academic studies abroad, Prof. Dr. İlhan KOCAARSLAN did his second master’s degree at Bochum Ruhr University Department of Electrical Engineering. While working as a Research Associate in the Department of Command and Control Systems, he did his doctorate between 1986 and 1991 and became a “Doctor of Science.” He also served as project manager and head of department at Babcock Prozessautomation in 1990. While working there, he became an associate professor with his success in the colloquium of science in 1993.

Prof. Dr. İlhan KOCAARSLAN obtained a patent in 1995 with his scientific study titled “Regulation of Speed of Coal Crushing Mill Having Fluid Torque Converter.” As an idealist scientist, he prioritized conducting his studies in our country. In 1997, he was assigned to the staff of associate professorship at Kocaeli University Faculty of Engineering Department of Electrical Installations. With this assignment, he also performed the duty of the head of the department.

Having went on to serve as a professor at Kırıkkale University Faculty of Engineering in 1999, Prof. Dr. İlhan KOCAARSLAN provided important services in the structure of the department of electrical and electronic engineering as the head of the department. In addition to his duties as member of the faculty board and member of the board of directors, he also acted as a member of the board of directors at the Institute of Science. He also assumed the duty of faculty senator in the university senate and member in the university administrative committee.

After becoming the dean at Kırıkkale University Faculty of Engineering in 2002, Prof. Dr. İlhan KOCAARSLAN was assigned to TCDD as an Advisor for the High Speed Train Project and conducted the “Safety Management System” project carried out at TCDD in line with the standards of the European Union. After leaving from Kırıkkale University in 2008, he transitioned to Istanbul University Faculty of Engineering Department of Electrical and Electronic Engineering. In 2009, he served as the Vice President of University-Industry Partnership at Istanbul University and acted as a member of the executive committee at the department of Scientific Research Projects. He also assumed duty as a member of the executive committee at Istanbul University Laboratory of Advanced Analyses.

Prof. Dr. İlhan KOCAARSLAN acted as a member of the Ministry of Transport Accident Research and Investigation Board in 2013, president of the International Congress on Advanced Railway Engineering in 2014. Also in 2014, he acted as a member of the TCDD National Train Project Advisory Board, Advisor in TCDD Research and Development Project, Advisor in TCDD Marmaray Safety Management System and Electrification Systems and member of the TÜBİTAK ELOTEG Executive Committee. In 2015, he was assigned as an Advisor at TÜBİTAK Institute of Energy and also acted as an advisor at The Union of Chambers and Commodity Exchanges of Turkey (TOBB). Once again in 2015, he worked as a Project Coordinator at Istanbul University Technology Transfer Office and Head of the Department of Electrical and Electronic Engineering Command and Control Systems. In 2016, he served as the Head of Istanbul University Energy Management Research and Application Center and was chosen as a member of the auditing board at the Association of Rail Transport Systems (RAYDER) as one of its founders. With the decree that came into effect after being published on the May 13, 2017 edition of the Official Gazette, he was assigned as the general manager and chairman of the board of Türkiye Vagon Sanayi Anonim Şirketi (TÜVASAŞ) by the Ministry of Transport, Maritime Affairs and Communication.

Among the research interests of Prof. Dr. İlhan KOCAARSLAN, known as the lecturer with the most projects and most fun lectures at the university, are energy, analysis of power systems, power generation stations and facilities, control theory and automation, railway energy and control systems, renewable energy systems and electric power generation plants. He has had various scientific articles published in journals, periodic journals and peer-reviewed journals in indexes such as the science citation index, social sciences citation index and advanced host controller interface (SCI, SSCI, AHCI). He has books written in foreign languages. To this day, he has assumed responsibility in about 30 projects in countries such as Germany, Czechia, Russia, United Arab Emirates, Greece, Taiwan and China. He also continues his agricultural studies as one of the most significant representatives of the exemplary farmer model in the application of modern agriculture systems in our country. He has excellent command of German and good command of English. He is married and father of four; one a doctor of medicine, one a dentist and two engineers.